The Smoke aims to:

This statement of aims is a living document – we invite your feedback and thoughts!

The Smoke is a non-profit organization, staffed by a team of volunteers from a variety of larp backgrounds.

Jamie Harper – is a theatre director and drama researcher. He was introduced to larp in 2015 through the Larpwriter Summer School and he is keen to learn more about the huge variety of ways that people can play and create stories together.

Jost L. Hansen – started playing tabletop roleplaying in 1989. Tried larping in a submarine 7 years later. Since then roleplaying (in both forms) has been a big part of his life. He has been been an organiser in many different roles for the Danish convention Fastaval and other conventions. He just recently started larping internationally, but is definitely not stopping yet. He is a major board game enthusiast and has written several tabletop scenarios and is on a constant quest trying to erase the border between larp and tabletop roleplaying.

Karolina Soltys – A notorious bleed-addict, Karolina is a  co-organiser of The Immersivist Club: a group regularly playing Nordic-style larps in London. She has designed and co-designed seven larps, which have run at several festivals. Her life goal is writing something as good as La Sirena Varada.

Laura Wood – has designed several larps which have run in several countries throughout Europe including Here Comes a Candle, Down the Line, and Inside. She is a co-organiser for The Smoke (London’s International Larp Festival), and a co-organiser of The Immersivist Club.

Michael Such – enjoys all forms of collaborative storytelling. He performs as half of improv duo Two of Wands and directed the show Open Roads based on the story game Ribbon Drive. He writes and plays tabletop roleplaying games. Thanks to Knudepunkt and Just a Little Lovin’ he has fallen down the Nordic/progressive larp wormhole.

Mo Holkar – started larping with Labyrinthe back in the day, spent several years helping to run an outdoor fantasy campaign in Oxford, came indoors to discover uk-freeform, and for the last few years has been exploring the larp of other countries and traditions. Mo is on the bid committee of the Consequences larp convention, is an administrator of design group The Game Kitchen, and is an editor at nordiclarp.org. (photo: Karolina Soltys)

Will Osmond has been larping since 2016. Before that he worked in theatre as a playwright, director and production manager, and taught drama and creative writing in colleges and prisons. He has designed several larps and has many more ideas in development. He also enjoys tabletop roleplaying as well as board, card and video games. He is currently completing his PhD thesis on the politics of larping. 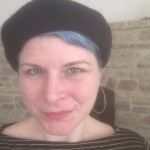 Lorraine Kipling participated in her first larp in summer 2019, and has been learning the ropes since then. She has worked in theatre, education, writing, and editing, and gets a kick from various kinds of creative collaboration. (photo: self)

And we’d very much like to thank the wonderful Eva Schiffer for the concept of our logo! You can find Eva at http://www.1000d4.com/.

For The Smoke 2020, our safety team includes:

Lovely people who aren’t involved in organizing this year’s festival, but who have made huge amazing contributions to earlier editions!

Dominika Kovacova – discovered larp through fantasy games over ten years ago. Soon she discovered the Nordic scene and started travelling internationally to play, run games and learn about game design. 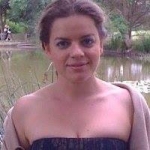 Elina Gouliou – is an enthusiastic larper with over ten years’ experience. In the last few years she discovered Nordic and international larp and has been travelling for games and conventions. Elina also helps larp designers with character writing, editing and project management. She loves realistic emotionally driven larps with lots of angst and character development.

Mark Durkan – is an artist, cultural producer and larp designer and is part of a number of collaborative larp groups. Originally from Ireland, Mark travels from project to project making art and larp projects across Europe. (photo: Louise Amalie Juul)

Why is it called ‘The Smoke’?

‘The Smoke’ is an old nickname for London. It was a reference to the poor air quality, but also affectionate… exiles would talk nostalgically about going back to The Smoke, even though knowing it would shorten their lives.

For us it represents the veil that we construct in larp – the zone of diffusion, of obscuring, of transformation, that shields the magic circle. Within a twining wreath of smoke, things are not quite the same…